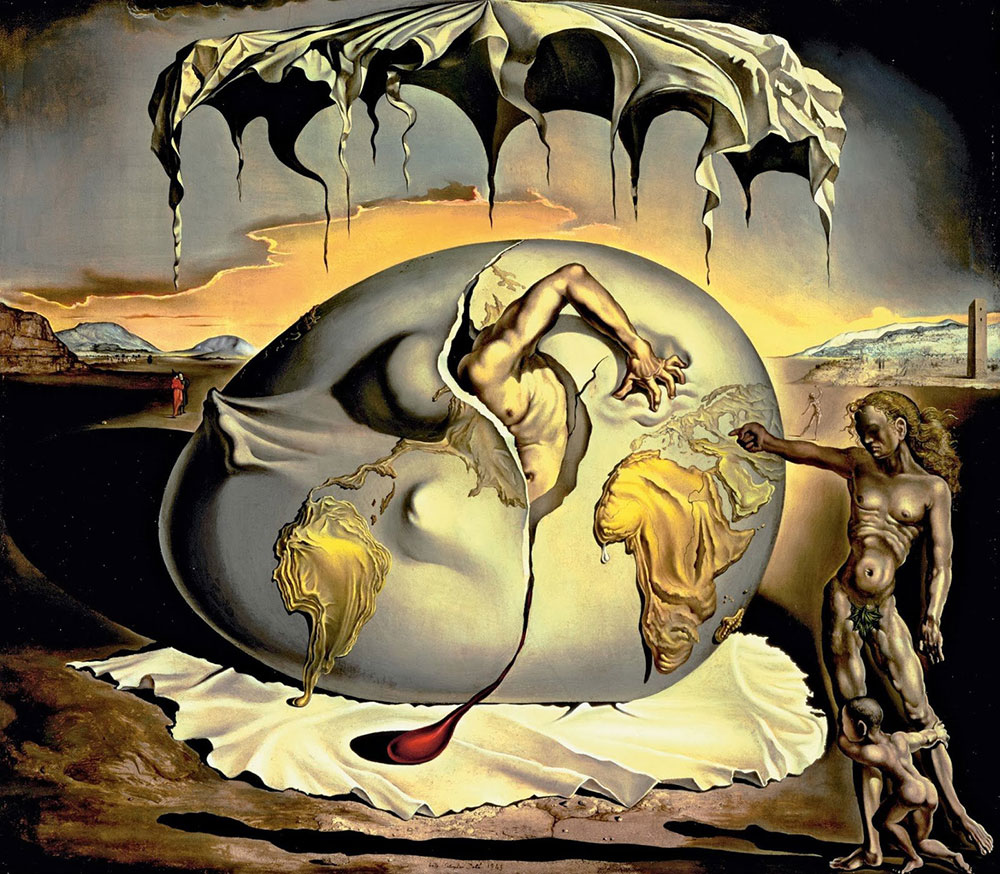 The painting 'Geopoliticus Child Watching the Birth of the New Man' (Salvador Dalí, 1943) and the following quote from Demian (Hermann Hesse, 1919) parallel in meaning and can reveal a similar point of view.

'The bird fights its way out of the egg. The egg is the world. Who would be born must first destroy a world. The bird flies to God. That God's name is Abraxas.'