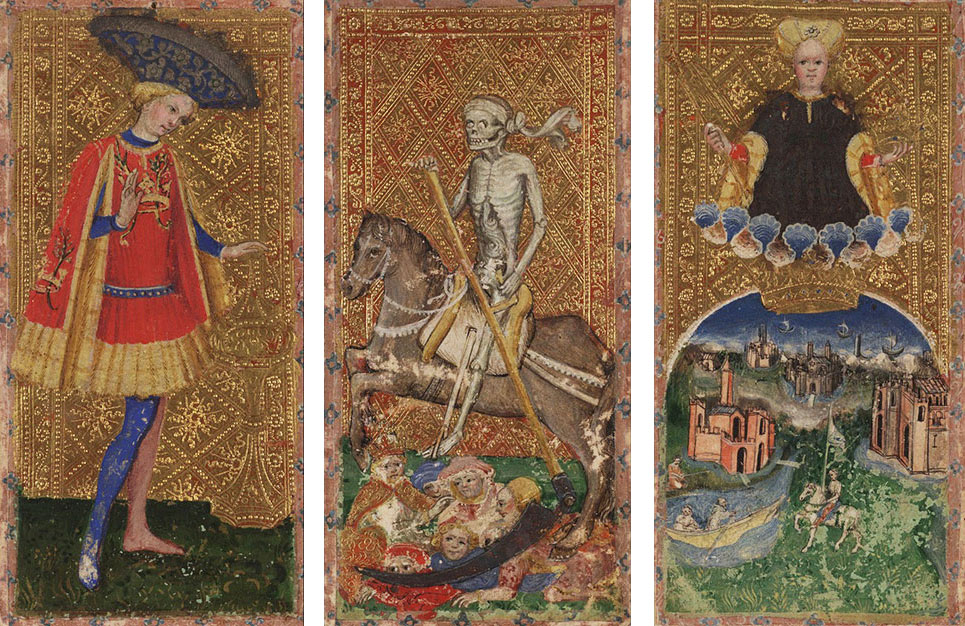 The truth about tarot

'There are clues that this is no ordinary suburban living room. For one, we’re in Glastonbury. Then there’s the perfumed candle, the Buddha figure, the cloth draped over the television and, not least, the worn little wooden box that sits atop an occasional table hung with black silk. Inside it are 78 tarot cards. I have come to Glastonbury as a ‘querent’ – which is what tarot practitioners call a customer. A querent, traditionally, comes with a question. I have several. Assuming that tarot cards do not work as a method of reading the future, why does tarot persist? How has tarot survived as an object, a practice, a text, and a peculiarly velvety strand in European popular culture? Where did something so strange, dream-like and overburdened with symbolism come from?' James McConnachie